The novel NKT ligand “RK”, which activates NKT cells stronger than the previously used ligand α-galactosylceramide, has been discovered at RIKEN.

Novel APCs have also been discovered at RIKEN as alternatives to dendritic cells (DCs), which have been used as the NKT cell-activating APCs. There were several problems with using DCs, such as that it takes approximately 10 days to cultivate them from peripheral blood, and their quality is not consistent among them. However, these disadvantages were overcome by using of the novel APCs, with which the culture time is shorter, the quality can be stabilized, and they can activate NKT cells more strongly.

At the present time, AMBICION has completed the manufacture of RK ligand as the GMP*1-compliant production . In addition, AMBICION has established the environment for GCTP*2-compliant manufacturing of cell products using RK ligand for the clinical trial. It plans to accelerate the development of the product as an a Cellular and Tissue-based Products . 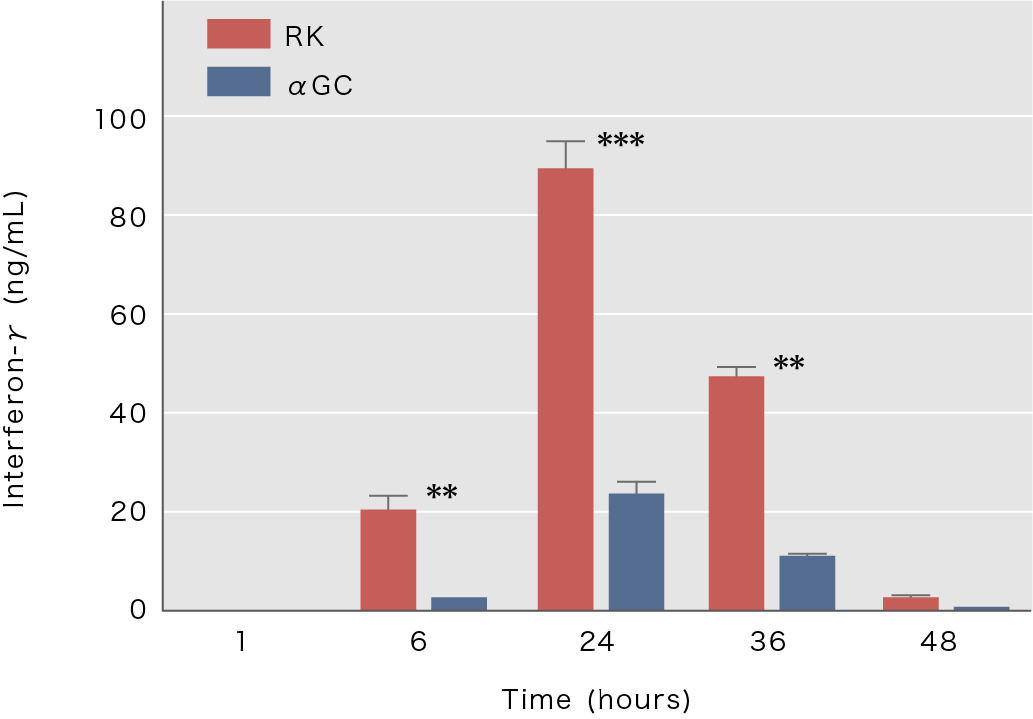